Art brings meaning to humanity and is a form of communication between people and generations. Ideally, art plays a vital role in almost every culture around the world. Art in Asian countries has its own characteristics and differs from art in other parts of the world. Japanese art, in particular, is fascinating and has a truly exotic touch. Japanese art may have existed for thousands of years, but why is the art so impressive and specific? 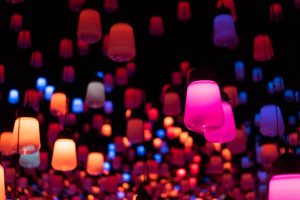 Here are the characteristics of Japanese art that makes it unique and so different from Australian, European and American art.

Japan Is an Island:

Before the technology era, Japan was one of the most isolated countries in Asia and the world, in general. Having existed for centuries without interference from other parts of the world, the people of Japan invented and developed their own art and culture.

While most artists from various parts of the world adore pens and pencils when it comes to art, Japan has stuck to brushes. This makes paintings extremely sophisticated and gives exceptional beauty to calligraphy and other Japanese art forms.

Japanese artists focus more the on spiritual and natural world. They would rather ignore the current happiness and stick to their ways of living.

Less Influence from the Western World:

The West has made a significant distinction between fine and decorative art. Japan, on the other hand, combines the two, prompting even the West to copy a lot from the Asian country. In essence, most cartoons in Australia and the United States derive inspiration from manga stories. Japanese modern art is used in adverts, video games, anime, and architecture in the West.

It isn’t uncommon to find most artists doing their art on natural bases, such as wood and silk. And this creates a clear distinction between Japanese art and art from other parts of the world.